A trade union is a formalised way for workers to organise and bargain collectively at an institutional, sectoral or national level. A union is organised into branches which are spread geographically (for example, North London) or at an institutional level (for example, labs or departments), depending on the distribution of members and how the union works. Members of unions typically pay a monthly fee, although this is sometimes waived for certain categories of members, for example, the UK union UCU allows graduate students to join for free.

Some members take up additional responsibilities as “reps” or “shop stewards”, helping to organise the running of branches, supporting members with workplace issues, and sometimes representing the branch at a national level. Larger unions often have full-time employees to support reps and workers, who are also responsible for areas such as developing union policy, press relations, and organising any large meetings for example, annual conferences.

In some, but not all countries, being a member of a trade union is a protected characteristic. This means organisations are not allowed to fire people for being members (but this has not always been the case). Under the General Data Protection Regulation (GDPR), the European Union considers union membership to be sensitive data and in the same category as genetic data or data on gender.

Unions are a vehicle for their members to orgaise together and support each other in their workplace and industry. Unions take lots of different actions to improve working conditions for their members.

These can be at individual, workplace, or industry level.

At an individual level, unions can:

At a workplace level, union branch members can:

At an industry level, unions can:

Industrial action covers a range of different activities that unions members take together to highlight issues in their workplace or industry. The most well-known of these is “striking” or “work stoppages”, where members refuse to come into work and form picket lines outside their workplaces. However, there are a lot of other types of activities that fall under industrial action, including: working to rule (or working to contract), mass reporting of health and safety violations, work place occupations, banner drops, or marches.

How does a union help scientists and researchers?¶

Scientists and researchers do lots of different roles, and there are specific ways that unions can help with those roles.

Scientists and researchers work in universities, research institutions, and nonprofits. These are all workplaces: they have workplace policies, and unions can help create policies and monitor whether they are being enforced.

A Bit of History: The Association of Scientific Workers (United Kingdom)¶

This was a trade union for scientists founded in the early 20th Century, which had a leading role in founding similar unions across the globe. 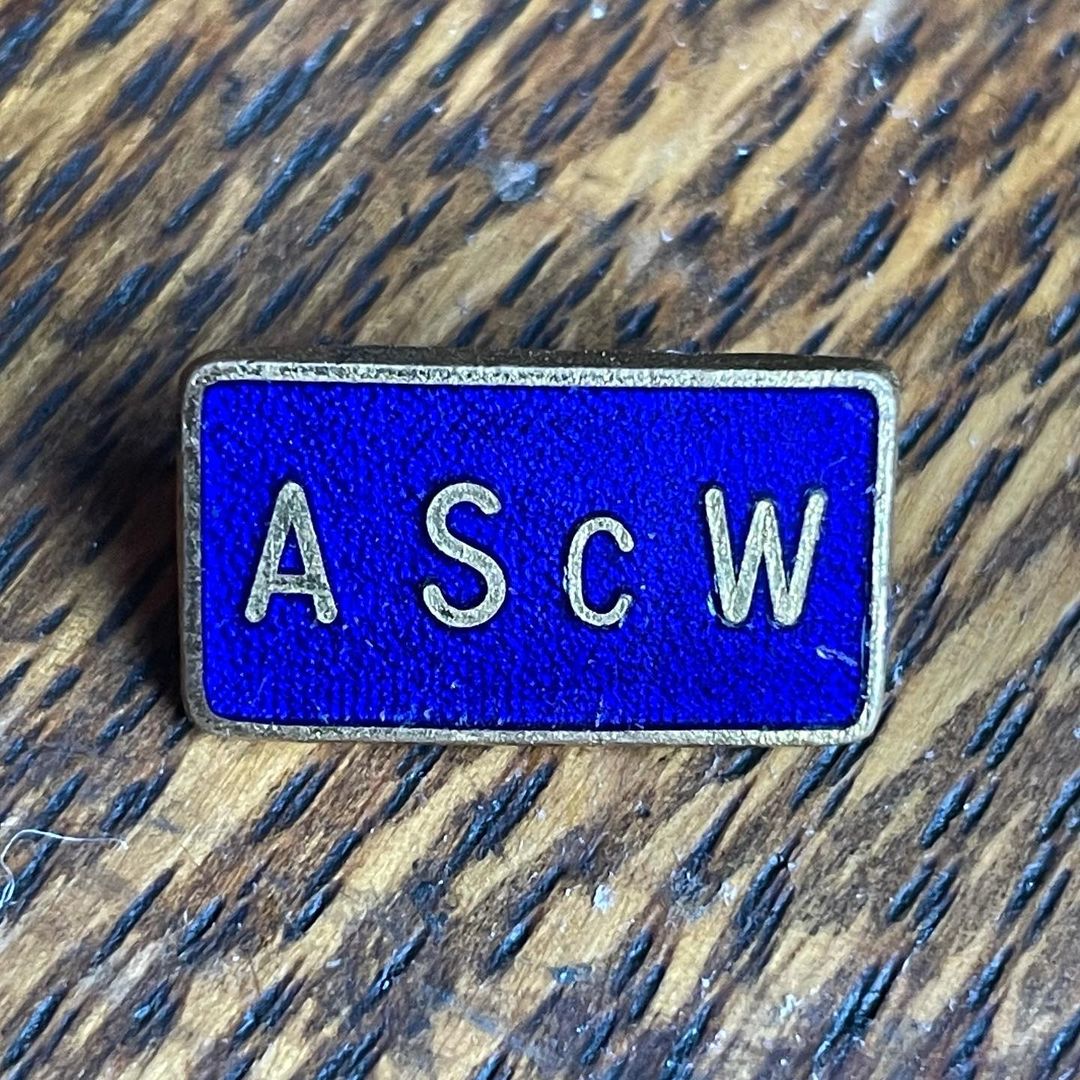 Fig. 96 AScW (stands for Association of Scientific Workers) badge. Image from the Instagram account @BadgesofStruggle (text and image reproduced under CC-BY with permission from the account)¶

The union began its history as the National Union of Scientific Workers in 1918, as a result of the rapid and increased class and professional consciousness, as well as politicisation of scientists in the wake of the First World War. In 1927 the name was changed to the AScW, and it continued as such until 1968 when it merged with the Association of Supervisory Staff, Executives and Technicians (ASSET) to form the Association of Scientific, Technical and Managerial Staffs (ASTMS) a precursor of MSF and ultimately Unite. The union was established “with an explicitly socialist platform”, and several of its leading figures were both respected scientists and active socialists and Communist Party members, such as Hyman Levy and John Desmond Bernal. Several Nobel Prize winners were members. The union organised scientists and technicians in government and private sector research, and became a prominent propagandist for the expansion of publicly funded R&D as well as taking political positions regarding the ethical use of science, against the global threat of fascism, and of guiding scientific research towards peaceful ends. The AScW went on to found the World Federation of Scientific Workers in 1946, an organisation which during the Cold War was accused of toeing the Soviet line, and being a communist front.

The AScW communicated with members via branch bulletins as well as a national paper: The Scientific Worker Click here to read a copy on the Wellcome Archive

I have never been part of a union before: where do I start?¶

Start by finding out if there is a union already in your workplace. If so, there will be a person you can talk to about joining: they might be known as the union rep or steward. Joining the union that already represents people in your workplace increases its ability to bargain on behalf of everyone and organise the workplace. Some workplaces may have several different unions that represent different types of staff. In these cases, you should join the one you feel best matches the type of work you do.

To join a union, you might have to pay union fees or dues. These are almost always sliding scale, based on how much you earn: some unions also have free membership for people in certain positions or roles.

What you can do as a union member¶

Unions are collective projects and they are people-powered!

Once you are a member, you can attend meetings. Attending union meetings in your workplace is also a good way to find out what issues are affecting your colleagues. Meetings are a good place to find out what issues the union is working on and to discuss them with other members. Attending meetings and keeping up with union communications are good way to find out how to raise issues that you are concerned about. Your union may also have regional or national meetings: these are good places to find out more about union work in different areas.

Like any organisations, unions have their own systems of governance and decision-making processes. These are ways for you to have a say in what your union is doing. You can get involved by voting for people to take on particular roles at workplace or industry level, proposing topics for debate in meetings, or contributing to ongoing debates. You might also be asked to vote on specific actions that your workplace union will take, including accepting or rejecting a policy proposal made by management.

Your union may ask you for input about issues: these can range from things that are specific to your job or workplace, to issues that affect your whole industry. This input is valuable to help unions raise concerns and make changes. Your union should have a safe, confidential way for you to share your experiences and opinions (if you’re not sure about the channels of communication your union is using, talk about this to the specific people who are asking for input: you can ask to use alternative channels if need be.)

Your union may ask you to take specific actions: for example, to sign a petition, write to an elected official, or take part in a social media campaign. In some cases, your union may decide to consider or take strike action. The process for going on strike differs in different unions, and in some countries there are legal restrictions that cover what kinds of actions are protected.

Like any community, unions need people to take on organisational roles within the union. These roles will vary depending on how big your union is, and what it is working in.

The process for becoming a representative will vary depending on how your union operates. You might need to stand for election, or be approved by a meeting of union members.

If you have issues in your workplace or industry that you feel strongly about then one way to push for change is by leading a campaign within your union (at either a branch or national level). Campaigns can take almost as many forms as there are issues to campaign on!

As a starting point, it’s good to have a clear issue and aim(s) in mind for what you would like to achieve and a few other people who agree with what you want to change.

If you think this is what you want to do, your union will usually have resources on how to get started. You can also find more practical steps in the Internal Policy Advocacy Chapter of the Ethics Book.

Most unions will have examples or guides on how to join or start campaigns (for example, UNISON, a UK union has a webpage with details).

Other organisations that offer training and support on how to campaign effectively include:

We recognise that the list below is very UK-centric and would welcome additions for other countries.

Unions offer support for researchers and scientists through many different avenues and there are a variety of ways to get involved in them. The first thing to do is see which unions are active in your instution or field. If your institution does not recognise a union, you can read through Whistleblowing and Internal Advocacy chapters for more ideas on how to work for change.