Context and the unmet need¶

Academic incentives encourage the creation of novel knowledge, such as creating new machine learning algorithms. Often, after ground-breaking work has been published in an academic journal, the algorithm and the software built to deploy it are not supported because the researcher begins a new project or moves to another institution. Traditionally, academia is less interested in supporting and rewarding work on:

In other words, academia highly prizes knowledge creation. Investment in dissemination, interconnectivity and usability beyond the original academic field is typically not rewarded with the greatest academic prizes. In the highly competitive world of early career research, such work is therefore often not prioritised. 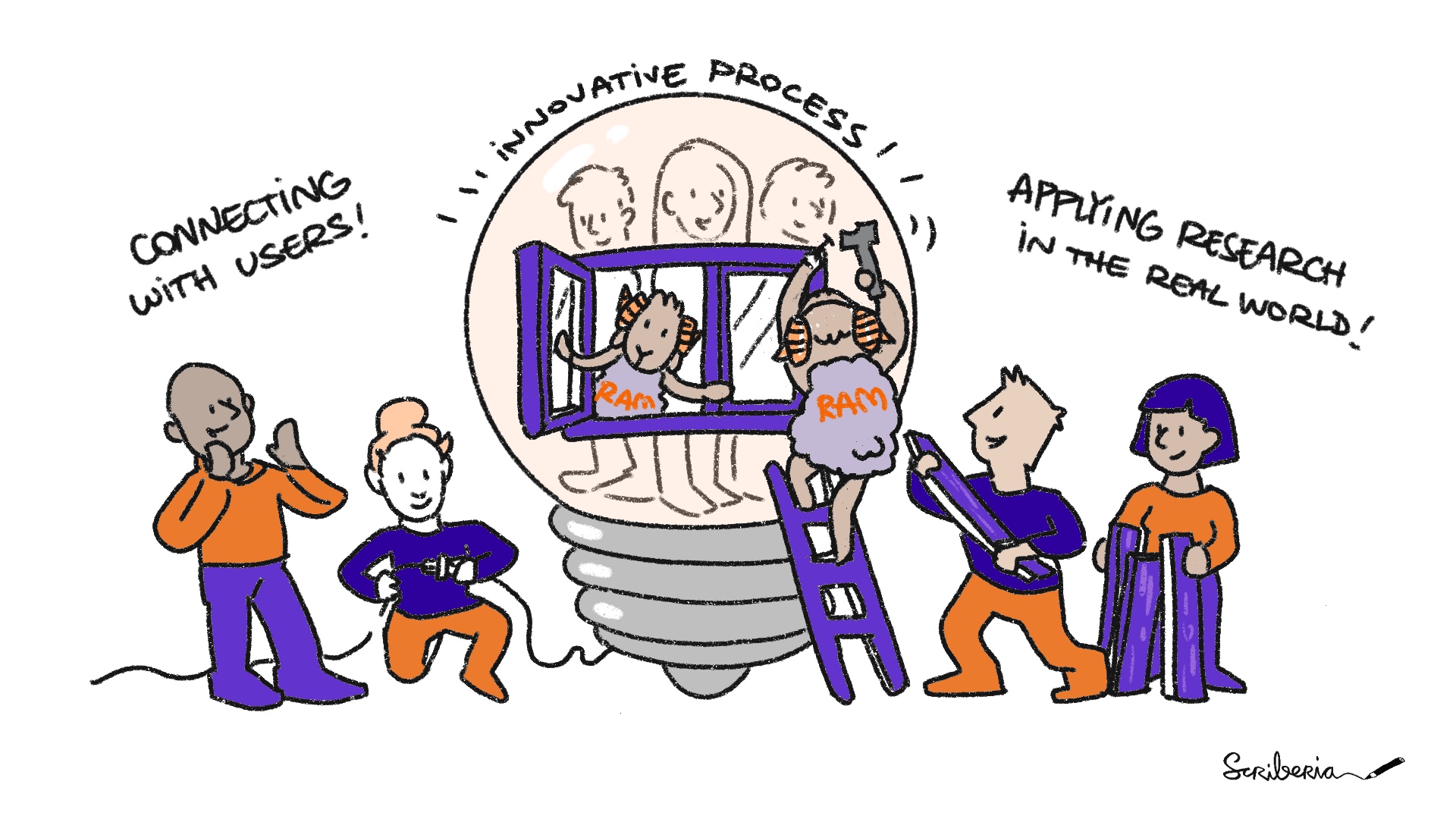 A RAM as a connecting role in the research ecosystem¶

We have created the role of a Research Application Manager (RAM) at The Alan Turing Institute with the aim of addressing this incentive gap. RAMs are specifically incentivised and rewarded to conduct the work that traditionally sits on the margins for a typical early career researcher engaging in creating outputs such as open source software.

RAMs are in part inspired by the role of a Product Manager in tech firms. They also have similarities with the role of a Developer Advocate and their work overlaps with that of the Community Manager. In some cases the RAM workload may include detailed, often technical, input, resembling a Solutions Engineer or a Forward Deployed Engineer, who interface directly with customers to ensure that the tool meets user needs.

The measures of success for a RAM:

RAMs are a solution primarily to the incentive gap problem. They bring a “Team Science” mindset to the research teams and promote research best practices - a task they share with the Community Manager role.

Both RAMs and CMs promote best practices in:

Community managers are becoming an established role in the research ecosystem and in open source software communities in particular. We hope that RAMs will have a similarly successful trajectory.